Find anything you need

You have %itemCount% in your cart.
Total being %total%

By Lisa Bramen
smithsonian.com
April 13, 2011
"If you're a label reader, you may recognize annatto as one of the ingredients frequently found in a brick of cheddar—it's a natural coloring that gives cheese and other foods a bright orange hue. It comes from the Bixa orellana, a tropical plant commonly known as achiote or lipstick tree (from one of its uses). The ground seeds are a common spice in Mexican, Caribbean and Filipino dishes. The seeds are a brick-red color, about five millimeters long, and shaped like little puppy teeth.

​First off, let me tell you what not to do with it: don't buy whole annatto seeds unless you have a diamond cutter, or at least a high-powered spice grinder. I was intending to make Bayless's recipe for Grilled Fish in Tangy Yucatecan Achiote with Green Beans and Roasted Tomato Salsa. I somehow didn't read the part where he recommends buying pre-ground achiote from a Latino grocer or website because the seeds are so hard to grind. I had a packet of whole seeds, which the label instructed could be ground with a mortar and pestle. Ha! After a few minutes of pestling the seeds with all my might (which, admittedly, is not formidable), they were frustratingly intact save for a red-orange stain in the bowl. I enlisted my spouse's physical-labor-enhanced forearms, but his result wasn't much better. I don't have a spice grinder, so I tried my mini–food processor; the seeds just ricocheted around like pebbles in a vacuum cleaner. I tried soaking them in hot water for two hours, on a suggestion I found online. All I had to show for it was a stained mini-processor and some moistened but otherwise unperturbed seeds. Finally, I just left the seeds in oil overnight (by this time I had given up and made something else for dinner), then blended the infused oil with the other ingredients in the recipe the next evening. The dish came out well, though I don't know if it would have tasted any different without the tinted oil.

Ground annatto seeds, often mixed with other seeds or spices, are used in the form of paste or powder for culinary use, especially in Latin American, Jamaican, Belizean, Chamorro, Vietnamese, and Filipino cuisines. In Mexican and Belizean cuisines, it is used to make the spice recado rojo. In Venezuela, annatto is used in the preparation of hallacas, huevos pericos, and other traditional dishes. Pasteles and sazón in Puerto Rico also contain annatto. Annatto paste is an important ingredient of cochinita pibil, the spicy pork dish popular in Mexico. It is also a key ingredient in the drink tascalate from Chiapas, Mexico. In the Philippines, it is used for the sauce of pancit. 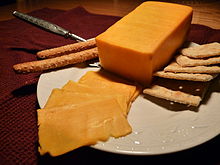 This site requires cookies in order to provide all of its functionality.